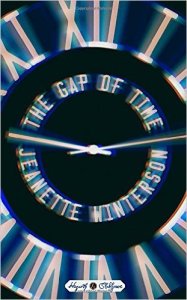 The Gap of Time, Jeannette Winterson (quote) — Very moving retelling of one of my favorite Shakespeare plays. If I have a complaint, it is that it felt too short. Some of the ideas in the second half of the book didn’t quite have time to breathe. Still highly recommended.

The Lonely Passion of Judith Hearne, Brian Moore (review) — Beautifully observed, heart-breaking character study. This one will stick with me for a long time.

The Buried Giant, Kazuo Ishiguro — Oh, Kazuo Ishiguro, how you try my patience! I was the world’s greatest Ishiguro fan for years. Read everything he wrote. Multiple times. Swore I would find his grocery lists interesting. Then came Nocturnes, a collection of five novellas which I have read twice and just cannot enjoy. But everyone is 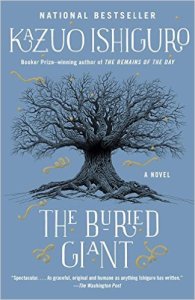 entitled to an off day, right? Still, I was nervous enough that I put off reading The Buried Giant for a year. A year. That is a lot for someone with no impulse control. And I am sad to report that my fears were justified: The Buried Giant just didn’t work for me. I found it slow and overwritten. How could the man who gave us The Remains of the Day and Never Let Me Go produce this? Total disappointment. (Having said that, I might wait a year or two and then give it another go. Sometimes a book is just bad for a particular time in your life, not bad per se. Of course, that is what I said about Nocturnes.)

Saint Mazie, Jami Attenberg — I really enjoyed this book, although for some reason discovering at the very end that Mazie was based on a real person dampened my enthusiasm a 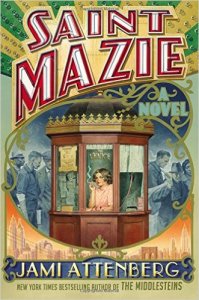 bit. But I really did enjoy the time I spent in Mazie’s company: she was a charming companion even when she faced heartbreak. Pete Sorenson (the character who, in the novel, finds her diary) says, “I just wanted it to go on and on. I wanted her to live forever.” Me too, Pete.

The Stuff of Thought, Steven Pinker — I was really excited about this one, despite waiting five years after purchasing it to actually read it. As it turns out, though, I am just not that interested in linguistics. Good to know, I guess. I am pretty sure this is my problem, not Steven Pinker’s — the book is well-written and he does a good job of clearly explaining the technical jargon that inevitably comes up in a book like this. 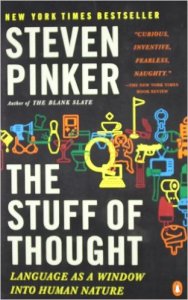 And to be fair, the chapters on naming and swearing did hold my attention. (I’ll be scheduling a therapy session to figure out why, exactly, those were the only two topics that caught my interest.)

Also, that is one super-ugly cover.

The Sun Also Rises, Ernest Hemingway — I first read this for my very favorite college class, a history seminar on American expatriates in Paris. It was my introduction to Hemingway, except for a couple of short stories in high school, and I really 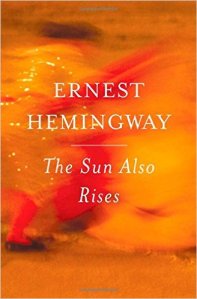 loved the way that he wrote. I still do, although I really wrestle with his sexism. I think he writes women terribly, and I don’t think Brett Ashley holds up particularly well. I still think his best book is A Moveable Feast, which purports to be a memoir but is really just about as fictional as any of his novels.