V for Vendetta, Alan Moore — I loved Watchmen when I read it several years ago, but I disliked V for Vendetta. Part of it was the art; it was often so dark I could barely make out what was happening, and even when it wasn’t I found it aggressively ugly to look at. But I also thought the story glorified violence to a degree that made me uncomfortable. Not my cuppa. 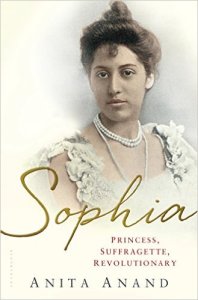 about the British monarchy, India, and the suffragist movement, so I ate this up with a spoon. I’d never heard of Sophia Duleep Singh before; she had a fascinating life and this book was riveting. I especially enjoyed learning more about the British suffragist movement, as I wasn’t nearly as familiar with its history as I am with the history of the American suffragist movement. On that note, one quibble: I really with the author hadn’t insisted on referring to Sophia and her fellow activists as “suffragettes,” as that was a term coined by the opponents of women’s suffrage and used to belittle the movement; I much prefer “suffragist.”

The Friday Gospels, Jenn Ashworth  — I don’t know when exactly I picked up this odd little book, or who recommended it to me, but I did enjoy it. I always like novels that take religion seriously. I could quibble with some of the plot points — a lot of them, actually — but in this case I preferred to just let go of critical analysis and live in the characters’ world for a while. 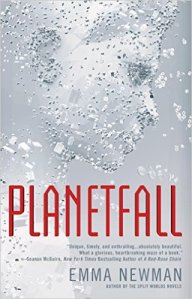 science fiction. I enjoyed the first two-third, felt vaguely let down by the final third. But Emma Newman is a writer to watch.

A Year in the Life of William Shakespeare: 1599, James Shapiro — provides fascinating historical context for Henry V, Julius Caesar, As You Like It, and Hamlet. I especially enjoyed the discussion of As You Like It.